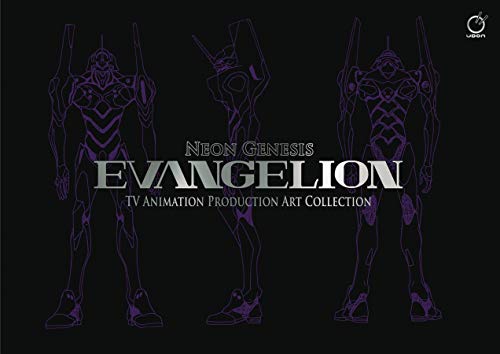 This book from Udon Entertainment is the English translated edition of the original Japanese artbook 新世紀エヴァンゲリオン TVアニメーション設定資料集 that was published in 2015.

This 432-page hardcover artbook collects the concept sketches for the anime TV series that aired in 1995 and the animated films in 1997. They are only four chapters, namely Characters, Evangelions & Angels, Machines & Locations, and Movie. Content is self explanatory from the chapters.

The characters should be pretty familiar to fans by now. Other than the character designs, there are also many sketches for the environment and props. There are interiors for the Nerv headquarters, the Command Room, chairs in the room, security gates (very similar to the gates at train stations), corridors, sick bay and the beds, Misato's apartment and more. Exteriors include the city, trains. Props include Nerv vehicles, ID cards, computers and other equipment. It's cool to see all the things that need to be drawn. This book probably has almost all the visuals shown on TV.

The artworks collected here are probably from the Groundwork series of Evangelion artbooks released in 2000 and 2001. I can't confirm since I don't have those artbooks but the sketches here are in the same style. This book does not cover Rebuild of Evangelion as the book title clearly suggests.

The captions included are just labels for the places and characters. There are no commentary from the creators or artists.

Hey! I love your site, have been visiting it since 2012. I'm brazilian, and would like to know if it's possible for you to get a amazom.com.br link for me to buy this artbook, so I can give you some help with your work, which is totally amazing!! Cheers!

@oninego
I don't have Amazon Brazil account. You can compare prices with Book Depository
https://www.bookdepository.com/book/9781772940428?a_aid=parka

I just received this book. It's all concept sketches, black and white. Awesome book. :)